Nottingham Sapphist Writers and Rainbow Writers collaborated to deliver an hour of performance poetry in an event which aimed to showcase the best of Nottingham’s lesbian, gay, bisexual and transgender writing.

The compere Russell Christie opened the bash with the confident assuredness of a seasoned performer. Without the use of a script or cue cards he spoke from memory, and he spoke from the heart, touching on his experience of life and love as a gay man.

Nicki Hastie from the Sapphist Writers used the festival’s themes of love and lace to compose a poem about connections. An engaging speaker, Nicki spoke of how we are all interlinked, much more so than a spurious Kevin Bacon inspired notion. Her wordplay remained fun whilst offering in-jokes and her account of childhood added depth. In opening herself up, Nicki showed the heart of a poet but if vulnerability was perceived, strength was certainly defined. The honesty continued with the poem, Land of Online Dating; her one and only attempt at online courtship was ripe for poetry.

Next of the Rainbow Writers was Tony Challis. He walked on with a black folder jammed with poems. I got the impression it was his version of Bob Monkhouse’s joke book, a life’s work jotted down for future referral. Tony picked out several short poems to read. The first of which, about a caterpillar, he introduced thus ‘it’s my silliest poem but people seem to like it.’ There was nothing silly about his take on Allen Ginsberg’s Sweet Boy Give Me Your Ass.  A versatile poet, an elegant collection.

Hands, written and read by David Kershaw was a compassionate four parter. There was no emphasis on performance, no showing off, no playing to the crowd. It felt personal. Here was poetry that came from the soul.

From the off, Rachel Phillips announced that couples, regardless of their sexuality, all argue about the same four things: Money, Sex, Housework and Personal habits. Her cynical view of relationships continued with Recipe for Disaster. Fun and keenly observed, the poem inventively took the form of a recipe. Like all the poets before her, Rachel allowed the festival’s theme to permeate her poetry but in Prozac – a love story she exposed a different kind of relationship.

At various points Russell Christie returned to delight us. He sees poets as fisherman, castings out their words in the hope of catching love, the love of the audience. His bait included a response to the Mayor of San Francisco’s decision to close the gay bars during the 80s, in a reaction to AIDS. Russell’s time in the USA is recounted once more with Driving from Cleveland to Los Angeles. A chance meeting in a roadside bar – the hustle is on, and it’s not just pool balls! Information Fulfillment is, perhaps, his most personal piece with lines such as ‘I have hoarded the codes of my life and read them in my heart.’

An hour of frank prose, laced with sincerity and love.

The Sapphist Writers are a network of lesbian and bisexual women in the East Midlands. Their next meeting is on March 11th at Nottingham Women’s Centre. Please email sapphistwriters@yahoo.co.uk

The Rainbow Writers will next be meeting at Nottingham Writers’ Studio, 7.30pm, 21st March.
Posted by Ed - Notts Lit at 07:44

Literature with a Notts link 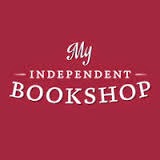